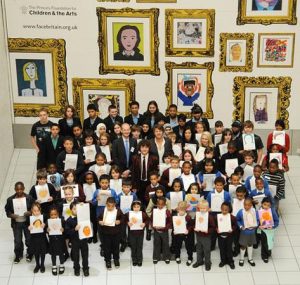 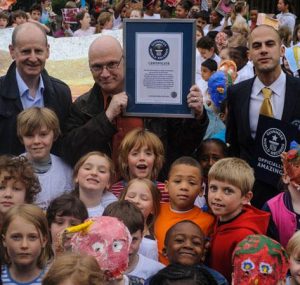 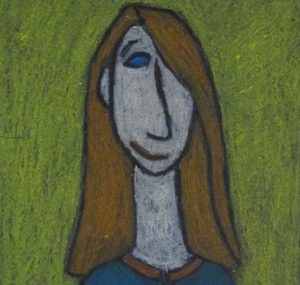 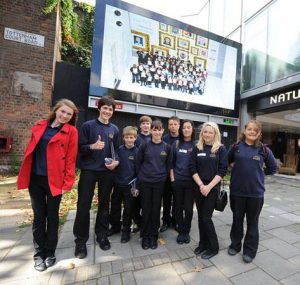 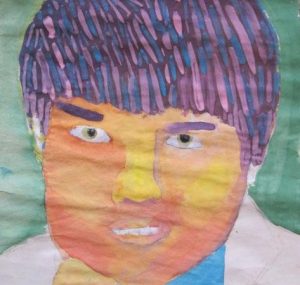 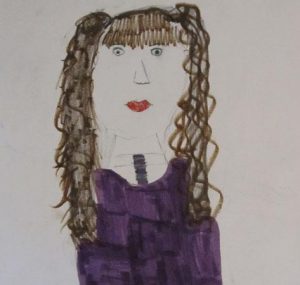 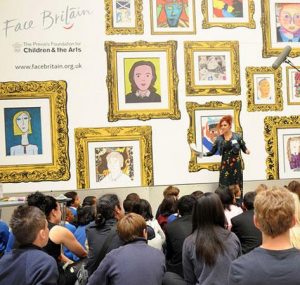 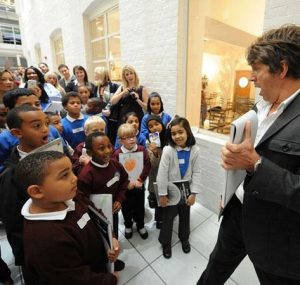 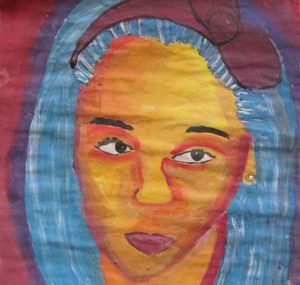 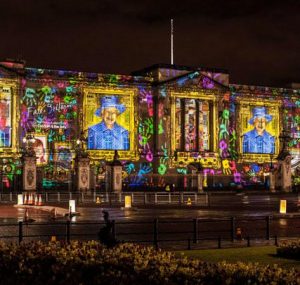 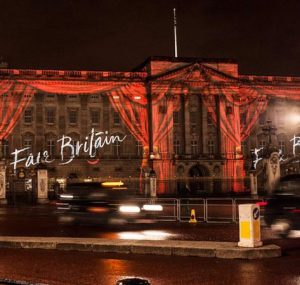 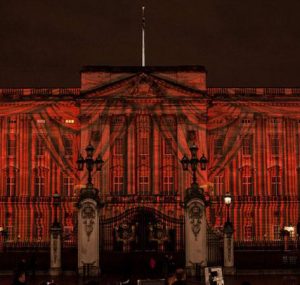 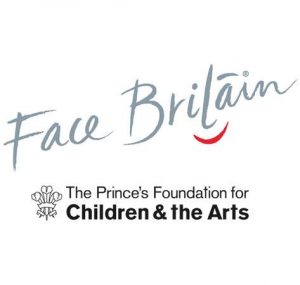 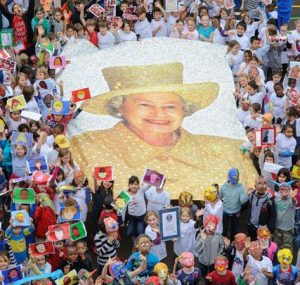 Face Britain was the UK’s largest ever mass collaborative art project. Designed by The Prince’s Foundation for Children & the Arts and endorsed by HRH The Prince of Wales, Face Britain celebrated the nation’s children and young people during the lead up to HM The Queen’s Diamond Jubilee and the London 2012 Olympic and Paralympic Games.

Face Britain was developed to raise awareness of arts education and to give all children and young people aged 4-16 years throughout the UK the opportunity to create self portraits encouraging them to explore their creativity and to consider their own identity and place in history as part of the 2012 generation.

Launch packs were sent to 29,000 schools right across the country. Over 200,000 self portraits at all levels of skill and in any medium, including drawing, textiles, 3D, painting, graphics and photography  were uploaded to the interactive Face Britain online gallery by young people from across the UK.

Every portrait was used to form part of a very special montage image of HM The Queen, and then projected onto the front of Buckingham Palace to herald the start of the Jubilee and Olympic celebrations from 19th – 21st April.

The montage images continued to be shown on over 400 JCDecaux digital advertising screens in city centres, shopping centres and train stations across the UK, and on the national network of BBC Big Screens/Olympic Live Sites.

Face Britain was the UK’s most inclusive arts project and achieved nationwide recognition. The Buckingham Palace projection involving 201,948 self portraits, broke a Guinness World Record for, ‘Most artists working on the same art installation’ and over £1.8 million was raised in in-kind support.

To reach the nation’s children age 4-16 years and empower them in creating their own self-portraits that reflect their identity and place as the 2012 generation.

To ensure Face Britain promotes Children & the Arts’ vision of a nation where every child has the right to be inspired by the arts and its mission of transforming children’s lives by providing an opportunity that wouldn’t otherwise exist to participate in high quality arts activities and experiences.

To give schools and teachers the opportunity to enrich and inspire their pupils through participation in Face Britain.

To deliver the charity’s belief that a child’s level of self-confidence and self-esteem, their communication and critical thinking skills, their appetite for learning and their academic potential can be encouraged through high quality arts activities.

To position Children & the Arts as the leading source of expertise in the field of cultural education and a hub for innovative practice and knowledge-sharing for schools and arts venues.

Whilst national coverage was very important a set of template press releases were produced to enable schools and other organisations to gain local media coverage.

Milestones of the project were used to gain widespread coverage e.g. launch of the online gallery, significant stages in the attempt to break the Guinness World Record, unusual stories associated with the self portraits, celebrity self portraits, merchandise, preparations for the projection, organising the auction.

The project had a wide appeal with the press with features desks for the national dailies,TV, radio, online, arts, children and education working with us to promote the project.

The projection attracted not just UK press but French, German, Spanish, US and Australian press.

A social media campaign ran alongside the more traditional PR. Social media was vital  to the success of the project given the strong visuals, the age group being targeted and the use of an online gallery.